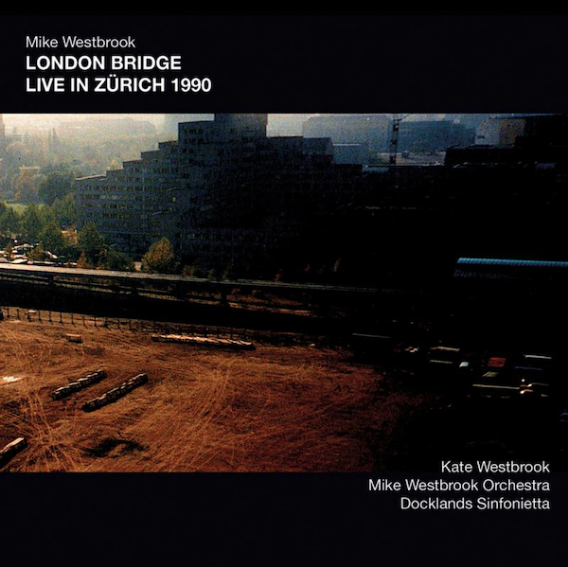 A collaboration between composer Mike Westbrook and vocalist/librettist Kate Westbrook, the work was inspired by travelling and performing in the mid 1980's through a Europe at that time divided by the Berlin Wall. It includes settings of poetry in French, German and English. Its five movements are entitled London Bridge, Wenceslas Square, Berlin Wall, Vienna and Picardie.

First performed in Amiens in 1987 with Le Sinfonietta de Picardie, 'London Bridge' was recorded at the Pathé Marconi Studios in Paris and released on Virgin Venture. The UK premiere of London Bridge took place on November 9th 1990 at St Anne's Church, Limehouse in the Jazz Lunarcy Festivaland involved the Docklands Sinfonietta (35- piece string and woodwind ensemble) directed by Rupert Bond.

The following day the ensemble flew to Switzerland to appear in the Zürich International Jazz Festival.

The new album London Bridge Live in Zürich 1990 is taken from the 'live' recording of that concert made for SRF radio. This was to be the last time that London Bridge was performed in its entirety.

In 1989 the Berlin Wall had been taken down. Europe's conflicted history is not easily swept away. Richard Williams wrote of 'London Bridge "we are left in little doubt that here is a lament for the endless folly to which man is heir, pierced by the knowledge of his curious resilience and half-buried instinct for good."